Back in 2009, CBS News's 60 Minutes boldly announced: "Cold Fusion Is Hot Again." Great news, one would think, because if real, the technology could end carbon pollution, lower the cost of everything, and revitalize whole cultures.

But the news failed to catch fire in the general media. Why? (More on this later.) 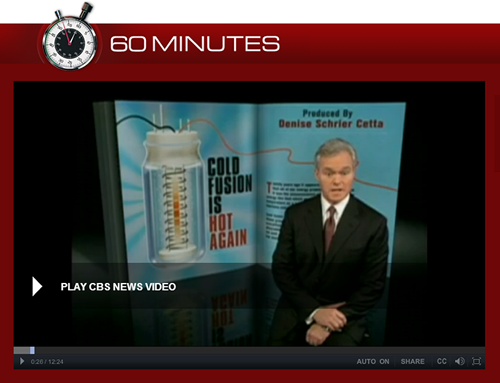 LENR researchers and developers are quietly beginning to be supported by NASA, the U.S. Department of Energy, SRI International, and other institutions: 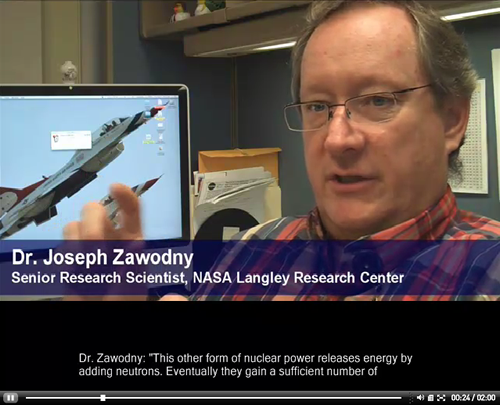 The U.S. Department of Energy began, without fanfare, offering funding opportunities for LENR research in 2013, as reported by New Energy Times.

SRI International researches energy and green tech along with other advanced technologies. Their leading LENR scientist, Michael McKubre, who was featured in the 60 Minutes report, has patiently been evaluating and guiding advances like Brillouin Energy Corporation’s for years (see below). Click here for recent print and video interviews with him.

Some of the developers are years away from marketable solutions. Others are licensing their technology to manufacturers and distributors now, although the reality of practical field installations is not yet clear. A few are preparing open-source specifications to let local entrepreneurs experiment with devices on their own. Here’s a sampling:

Mitsubishi has been granted a patent for transmuting nuclear waste into energy using LENR technology.

Brillouin Energy Corporation is developing what they call Controlled Electron Capture Reaction (CECR) technology with broad applications. Others might call it LENR, LANR, or cold fusion. A South Korean industrial company recently signed a license with Brillouin, hoping to develop manufacturing and distribution plans for CECR by 2015. One key application is to provide a safe, clean and economically compelling solution to retrofit and repower smaller “stranded asset” conventional fossil fuel or biomass power plants with Brillouin’s CECR technology. “Stranded asset” plants are those idled for any number of environmental, economic or operational reasons. Industrial Heat LLC has acquired the rights to the Energy Catalyzer (E-Cat), a form of LENR developed by Andrea Rossi of Italy. Industrial Heat was recently funded by individual investors and senior personnel of Cherokee, a significant private investment company based in Raleigh, North Carolina. (The CEO of Cherokee, Tom Darden, also invested in Brillouin.) Industrial Heat is expected to pursue the goal of making E-Cat technology widely available as a low-cost, green alternative to fossil fuels. China is reportedly looking into it as a solution to its mounting pollution problem and to gain leverage in the alternative energy sector.

SpaceWorks Engineering, in partnership with NASA, is working on a LENR heat source to power space launch systems including reusable launch vehicles with water as the only propellant. 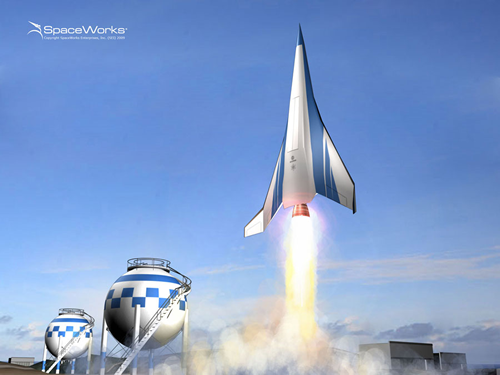 Pure Energy Systems, an exotic-energy information aggregator and technology champion, is crowd-sourcing a heating device that can be assembled from standard components by anyone anywhere. The hope is that it can be proved successful and scaled to a wide range of applications from home heat and electricity to anything larger. 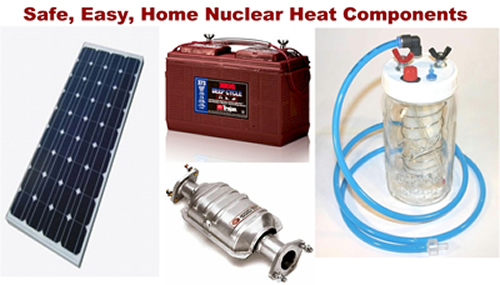 An energy advance that could save the planet and power unprecedented prosperity is virtually invisible to the public, in spite of heated activity around the world.

Why do most reporters seem to be ignoring it?

Possibly because they got burned for hyping cold fusion when it was first announced, back in 1989, before it was fully vetted and mainstream scientists saw fit to consider it. This post explores the possible motivations.

Why should the public be open to it now?

With so much going on around the world and down the street, it seems only a matter of time until trusted sources such as the Wall Street Journal, New York Times, and NBC News start informing their audiences.

Why is the shift to clean, safe, very low-cost energy so important?

Dirty energy is like bad integrity; over time it doesn’t work.  If we don’t find a way to power human activity without polluting the planet, we risk degrading the quality of life far beyond what we have known in the past, while ruining our children’s future.  If, however, we transition to super-clean, super-cheap energy soon enough -- with no one and nothing compromised or left out -- then we may have a shot at survival and sustainable prosperity. The icing on the cake may be the new energy’s decentralized nature, which helps make individuals, families, and communities more independent. This speaks to our most passionate needs for freedom and fulfillment, allowing entrepreneurship and cultural contributions to flourish as never before.

Note of caution / Note of promise

For most of us, the new technology may not seem real unless and until we see it working in a power plant, an industrial or commercial business, or possibly someone’s basement or car. And no one can say for sure that it’s real until it’s obvious. Certainly it will take more time. But that’s no excuse for inattention or glass-half-empty thinking. At the very least, we should find the unfolding story interesting; and in due time, the media may start to tell it.

For some of us, the new energy may be an unprecedented professional or investment opportunity. Developers are making great headway, but they have further to go before completing the R&D basics and delivering devices that are 100% market-ready: practical, reliable, scalable, affordable, and safe.

Serious commercialization requires high-level engineering and business commitments. More capital will continue to be needed, until viability is clearly at hand. The investment risk is high, but the rewards can be stratospheric. As Michael McKubre has said, “Energy is the biggest business opportunity there is. There isn’t anything more important than energy. With clean, cheap energy you can create everything … money, clean water, health, the basis for a higher standard of living.”

Is more backing really called for?

Leading developers know the challenges and risks as well as anyone. Depending on who you ask, they say it may take a couple, a few, or more years until products really go to market. So potential investors should be realistic and patient, treating all infusions as high-risk capital. But for those who are paying attention, this is an opportunity to make a huge difference and a tremendous return all at the same time.

“There’s now enough evidence of a potential commercial solution to suggest that further investment and commitment are warranted,” says David Firshein, an investment banker with 29 years’ experience in the private capital markets, half of it spent financing clean technology. “If you really care about the future of super-clean, super-cheap energy on the planet, and you are a wealthier futurist, funding this engineering is the place to be.”  Firshein is President of Cascade Capital Corporation and serves as Brillouin’s Chief Financial Officer.

Weighing this type of breakthrough energy technology against others, he continues, “The risk is not nearly as high as hot fusion pursuits, which require 20 to 500 times more funding than LENR does, and which are more uncertain and further away from commercialization by comparison, given their complexity.

What about federal or other research funding? “As for deeper institutional pockets of those that supposedly care about climate change,” Firshein observes, “it always amazes me that they will toss out billions to explore the esoteric nature of subatomic particle collisions for the next 10 years, but make it nearly impossible to get $10 million for something that could be commercialized in a year or so. What’s wrong with a side bet that costs nothing by comparison?  Given the risks of climate change, shouldn’t we be a little more intelligent about spreading our bets?”

Energy has always been the core driver of civilization, but most of today’s energy is dirty, expensive, and fraught with problems including climate change, threatening civilization itself. With the benign, abundant new energy, there’s an added return on investment, planetary survival, which is vital for any other bets to pay off.

LENR’s proponents argue that their new technology is the cheapest, fastest and surest way to have a chance to reverse the catastrophic potential of climate change.  Certainly for us to survive and thrive, we need energy that’s safe, clean, and dirt-cheap. And we need it very, very soon. Astute futurists and those with means, great or small, could tip the balance.

As has been true throughout history, the near-term opportunity may be for those with the means and moxie to see what’s happening before the general public does, and act on it.

More information and interaction opportunities are available at Highly-Human Focus.